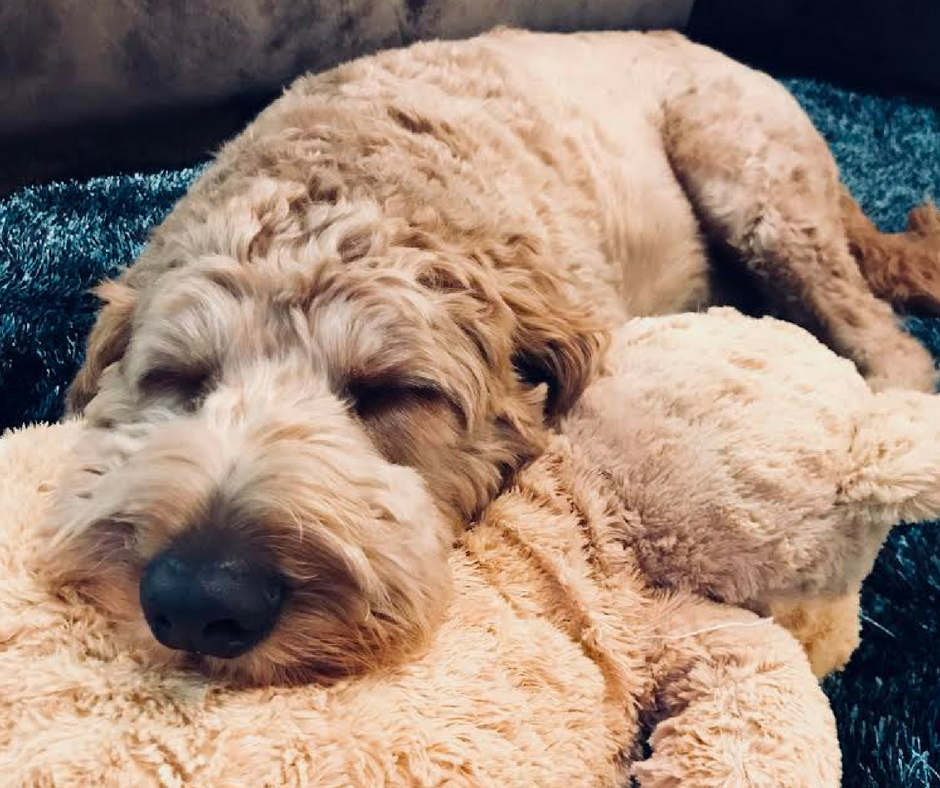 It’s been a little bit since I’ve posted a featured pets post and, trust me on this, the wait was well worth it. This next pup is one of the cutest boys I’ve ever seen and met! That’s right, I’ve gotten the chance to spend some time with him, making writing this post that much more exciting. We all know I have a soft spot for Poodles by now, right? Well, now I have a soft spot for Goldendoodles!

Meet Remington Maxwell (aka Remi) — a 2 years young, first generation Goldendoodle who was named after the famous Remington gun brand. His mom gave him the middle name Maxwell so that his initials, RMR, would match hers! (I love it!)

His handsome coat came from his mama (or should I say biological mom 😉), who was a Golden Retriever, and his coloring from his daddio, who was a red Standard Poodle. Although he weighs in at 97 pounds (of pure joy), he has no concept of size. He’s the biggest lover boy and thinks he’s a lap dog! Not only is he a great listener (he understands everything his mom says), but he’s also a movie star 😎

Wondering what his favorite toy is? That’s easy! Remi LOVES his Bear. His mom says he carries it around the house proudly…until he decides it’s time to give Bear a little ruffing up! (We totally get it, Remi, sometimes it’s fun to see some stuffing fly!) But that doesn’t stop Remi from continuing to carry it around proudly. Bear is his favorite, after all! 🤷‍♀️

When he’s not hanging out with Bear, he’s looking forward to his daily walks and some one-on-one playtime with his mom when she gets home from work. And, it’s no secret to say, his mom is his bestest friend ever (and he’s hers, too!), with his Gammie coming in as a hard second. Good choice, Remi! I mean, who doesn’t love some quality time with Grandma??

Owner’s favorite thing about the breed? Remington’s mom, Raquel, absolutely loves his personality. “Remi lights up a room and just can’t contain his excitement over his humans. He lives off making us all proud of him! He’s so cute — when I come home every day, he grabs a toy. I hear that is a dogs way of saying they love you.”

While Remi doesn’t have his own Instagram, stay tuned for his future baby brother’s! Mr. Ruger Maverick will, no doubt, be featured when the time comes. Thanks for letting us feature you, Remi! 💕

One thought on “Meet Remington”