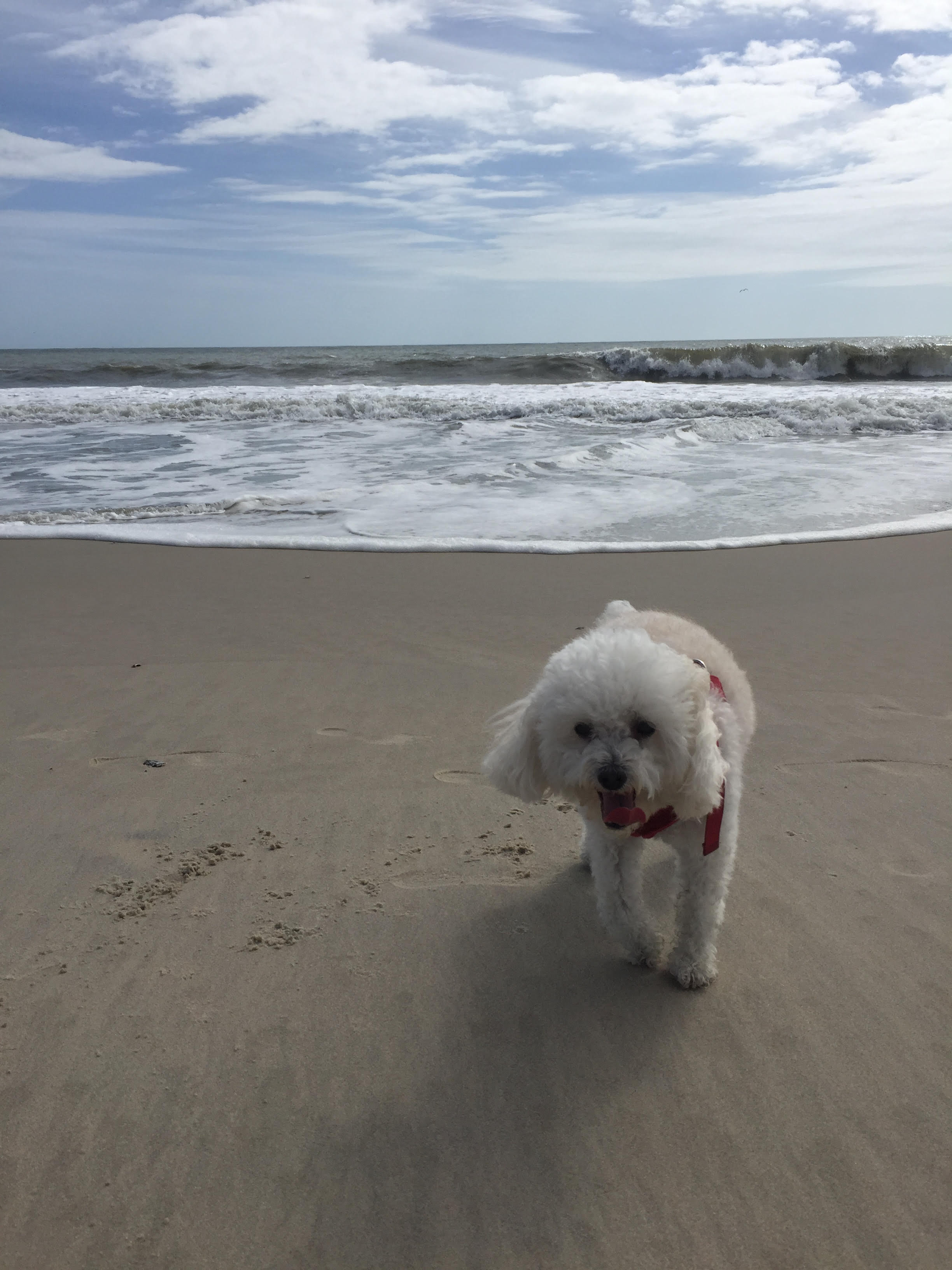 If you follow any of Savvy Paws‘ social media accounts, you’ll know that Savannah and I took a little break from reality a few weeks ago and took a trip to the beach. The weather was perfect and made spending a full day on a boat worth every second.

We made a pit stop to a pet-friendly beach, causing my inner helicopter parent to break through. First things first, Savannah doesn’t have a spectacular reputation when it comes to the beach. (Yes, there’s a good story to go along with that statement.) There I was, trying to hold all 10 pounds of her while she was trying her hardest to squirm out of my arms (they were nearing their snapping point). It was impossible to keep her from doing what she really wanted to do, so I put her down despite my apprehensiveness about letting her loose to run and play in the sand. She deserved to have some fun, even if that involved getting a little messy.

Speaking of messy… This brings me back to vacation a few years ago when we thought bringing her on a kayaking trip was a good idea. Savannah was in my kayak but was whining every second of the way to the beach because she wanted to be on someone else’s mini boat. Rather than her sucking it up, she decided it was best to test the waters (literally) and get to where she wanted to go herself. Needless to say, she ended up in the water and I had to scoop her out by the handle on the back of her lifevest. Getting wet wasn’t part of the plan. Without thinking anything of it, we got to our final destination – the beach. The second her paws hit the sand, her immediate instinct was to rub. And roll. And rub some more. What would’ve been easy to brush off became impossible to even rinse out with the curliness and coarseness of her fur. All I could do was laugh. Yeah, it was one of those times.

Back to the present day (or should I say 2 weeks ago), she was finally getting her second chance with sand. Did she try to rub in it? Of course. Did I learn my lesson from before? Hell yes. There was no way I was going through that debacle again. I’ve yet to master how to avoid any of this from happening, but one thing I can tell you is to prevent your dog from going near any sand if they’re wet. It will not end well.

Have a story you want to share? Get in touch via the form on our contact page!

One thought on “The Sand beneath My Paws”