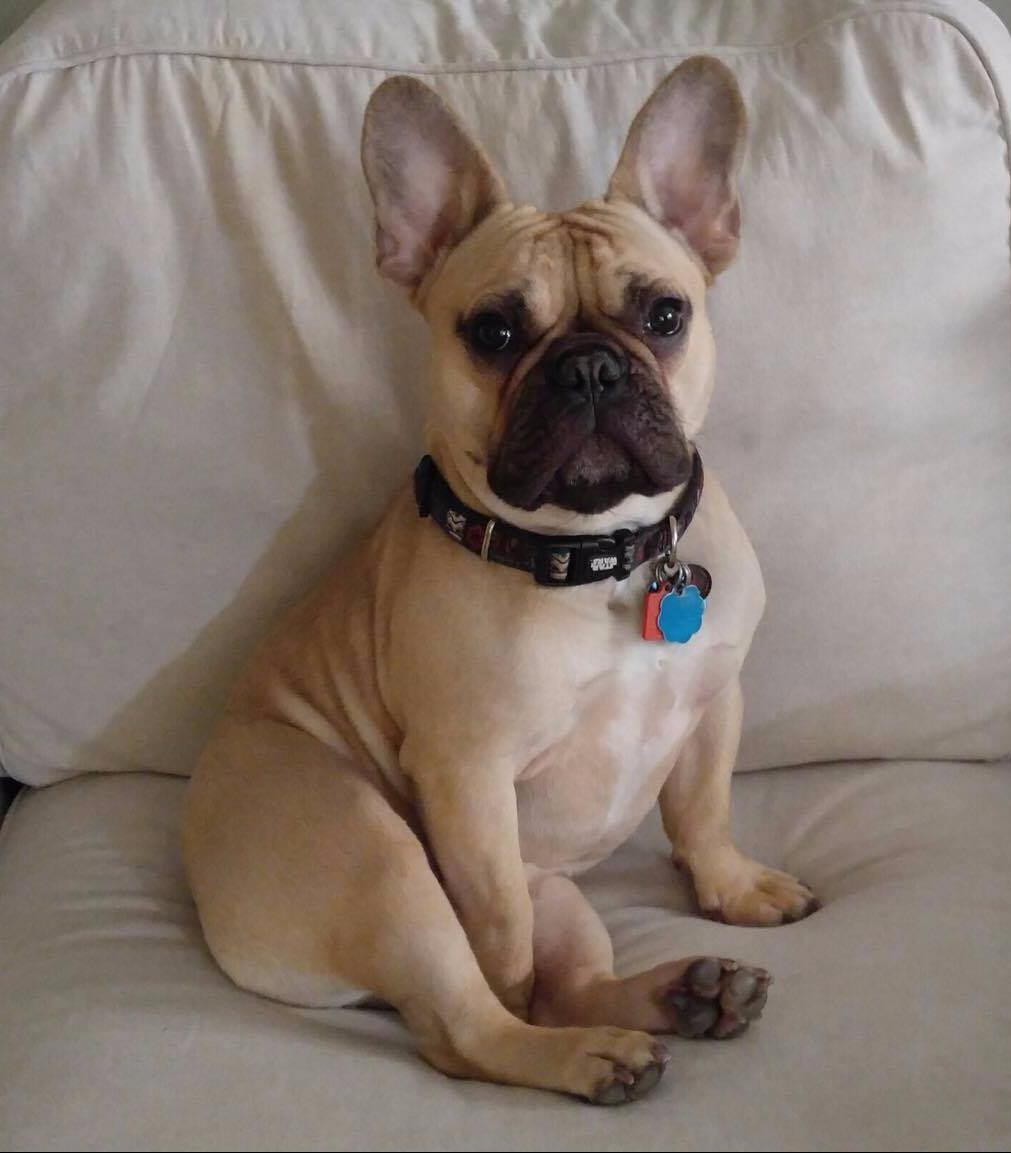 Get ready, because this next featured pup is going to knock your cutest-dog-ever socks off the second you lay eyes on him.

Meet Bane (aka Banes, Beans, Beanie, and Bud-Bud) — a 1 and a half-year-old French Bulldog who was named after the character Bane in Batman. When Bane isn’t doing what he loves most (aka snuggling on the couch with his blankie waiting for his family to come join him), he makes sure he gets that attention somehow by talking back to his parents (he’s so cute, he’s allowed to do it) and snatching something of yours he knows he shouldn’t have and run away with it!

Aside from hanging out with his best human girl (and big sister) Rory, Bane doesn’t go anywhere without his all-time favorite baby, the now de-stuffed shell of a lobster tuffie toy.

Owner’s favorite part about the breed? “Aside from being freaking adorable, I’d say his amazing personality in his compact body! He has exceeded my expectations for a dog, and is the best dog I’ve had!”

Keep up with this handsome boy by following him on Instagram.

One thought on “Meet Bane”