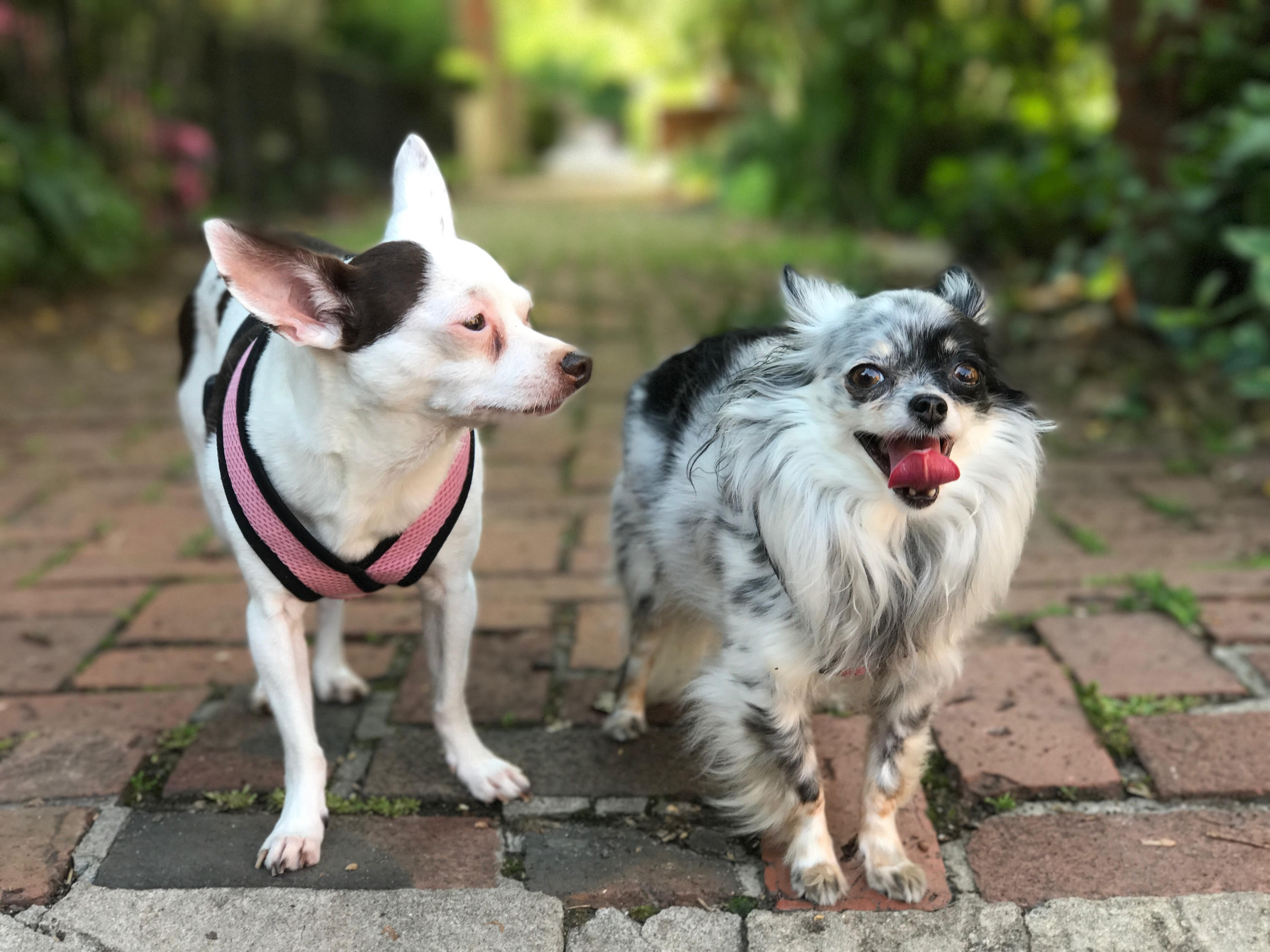 Aside from Savvy Paws‘ first featured pet and awesome co-writer (aka sleeping next to me while I type away), Savannah, let’s welcome our first outside featured pet – actually, let’s make that plural because these two Chihuahuas are the cutest sisters I’ve ever seen!

Meet Roo (aka Arugula, Rooie, and Boo Boo by her mom) – a 10-year-old Chihuahua who plays by her own book of rules. According to her mom, Nicole, Roo is “a total mama’s girl and a true sweetheart”. She spends most of her days very timid, but, when she decides it’s time for some attention, that Chihuahua attitude shines brightly.

Speaking of her timid demeanor, Roo’s favorite hobby is spending hours upon hours each day hunkered down in her cozy cocoon made out of blankets (she’s the ultimate cocoon making master). Her favorite toy and best friend, the Rooster, is never too far out of reach just in case some last minute playtime breaks out. She cherishes the time she gets with her other two best friends, as well – her sister, Melford, and Savvy Paws‘ very own, Savannah. 🙂

Meet Melford (aka Mellie and Mildred by her mom) – a 7-year-old who, despite her 5-pound frame, is the more fearless one out of the pair. Although she just turned 7 (happy birthday!), Melford acts anything but mature. According to her mom, she is “a little troublemaker with a side of sweet to those that she knows well”. Sounds like Melford is quite the opposite of her sister, Roo!

Now that we know Melford is a daredevil, it shouldn’t surprise you to know that her favorite hobby is doing anything but what she should be doing. This spunky little girl is super playful, but not with the standard toys. You will most commonly see her throwing around morsels of food during breakfast and dinner time (okay, we gotta see this). Her best friends not only include her sister, Roo, but also her mom! (Aww…).

Owner’s favorite part about the breed?  “I love how Chihuahuas have major attitude problems, but with lots of sweetness on the side (probably because that’s exactly how I am). Their compact size is also a huge perk as they are easy to pick up and take just about anywhere. They are very loyal to their owners and will do whatever it takes to protect them – Even if they are way out of their league in reality 😀 ” Thanks for the info, Nicole!

Keep up with these two ladies by following them on Instagram.